It’s time to level with our readers:

As you’ve noticed, we haven’t been giving SWR its due lately.  A short exchange of emails revealed no one has the time to make the writing what it ought to be.

We heartily thank everyone who read, commented, linked, and most importantly, listened over the years.

You may see us in the future when the Internet is obsolete and blogs are as outmoded as the telegraph. 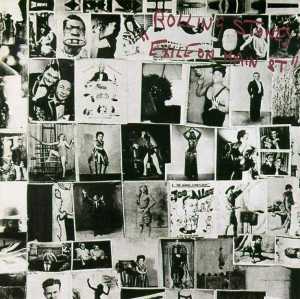 Jordy: The history of the writing, recording, and mixing of this album is so convoluted as to render it fairly moot to the modern listener.  When it comes down to it, it doesn’t matter one fig who was having tax, drug, or lady trouble or who wasn’t getting along with whom or who was bored with rock and roll.  What matters on Exile on Main St. are the songs and there are a lot of them here so let’s get to it.

END_OF_DOCUMENT_TOKEN_TO_BE_REPLACED

Jordy: Of all the great musical leaps forward in the 1960s, none is as beautiful or as much fun to listen to as Pet Sounds. The Beach Boys certainly did not have the sustained and focused creativity of Bob Dylan or the Beatles, but they were superior vocalists and more aggressive in exploring contemporary studio possibilities.  Consequently, Pet Sounds stands above any other album of that era, both technically and melodically.

END_OF_DOCUMENT_TOKEN_TO_BE_REPLACED 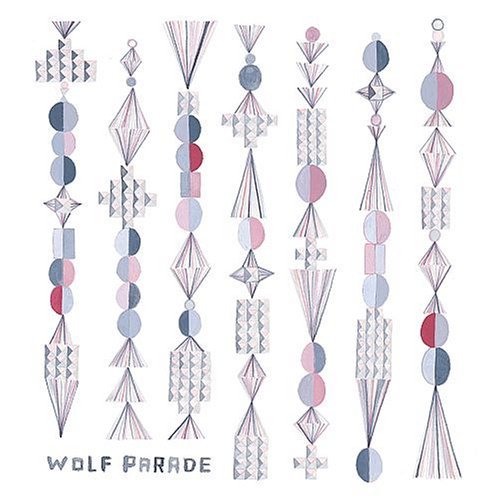 Jordy: It’s hard for me to believe that it’s been four years since this album dropped.  I remember hearing it that fall of 2005 and thinking “This is exactly how I want rock to sound: fast, hooky, dark, and triumphant.”  Isaac Brock earned his short keep as a Sub Pop A&R man and producer with this record and, in that light, I can only hope that his last four years’ energies haven’t been wasted on mere Modest Mouse albums.  He found this band right when they needed it.  They sound hungry.  (Not that they made any money necessarily.)

The opener “You are a Runner and I am My Father’s Son” is a real ass-kicker and introduces the listener to Spencer Krug’s two greatest offerings: really cool yelping vocals (which aren’t nearly as Tiny Tim-esque as some haters might assert) and pounding keyboard grooves.  I was sticking my waxy earbuds in everyone’s face that October saying, “You have to hear this shit!”

I’ll leave some of the other highlights to Glenn but not before I claim the two greatest back-to-back tracks of the indie era.  “Dear Sons and Daughters of Hungry Ghosts”  features Krug’s very best lyrical turns powered by high swirling organ and en invigorating la-la-la chorus and you’d think you couldn’t get higher.  Until the next track.  “I’ll Believe in Anything” is nothing less than a glorious stomping hymn in earnest praise of, well, Anything.  Incredible.  This pair still gives me chills after hundreds of listens.  The songs are truly durable in their form and sentiment.

Glenn: Durable is right, Jordy. I must admit that at first this album struck me as just another indie rock record. “Bound Arcade Pornographers, Broken Social Pitchfork….meh.” That stuff is good but it gets…old. It was about six months later that I found myself humming “You Are A Runner And I Am My Father’s Son” and “Grounds For Divorce” to myself, trying to keep my balance on the snow-slick streets of Chicago in winter. These are solid, catchy songs.

For me, this is a record that sounds like warmth in the midst of cold. I’m not sure why, exactly — perhaps because I first loved it in winter — but it might have to do with the sound of struggle on the record. While the band is a well-oiled groove machine (what indie rock is this furious and yet this danceable?), the songs seem to grapple their way upward from real pain toward sunlight and joy. And not in an emo way, either. When he says, “I need sunshine,” you believe him. Triumph, indeed.

One more thing: remember all those “Wolf” bands circa 2005? That was funny.

“Sum bitch has always bored me” 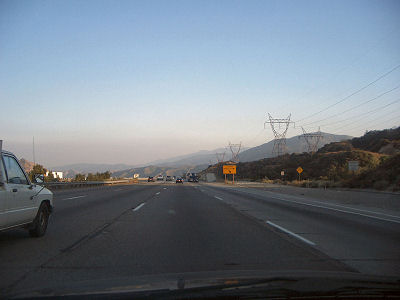 T’other day, Glenn mentioned that he was playing this song with his sometime band.  I first heard it a few years ago and found it to be one the best ramblin’ tunes I’d ever heard.  I still feel that way (I also dig the spare Wurlitzer piano).  This whole album is terrific and showcases some of the very best lyrics in the genre (see “Instant Coffee Blues” in particular).

“We get no second chance in this life”

There are some songs that, when I listen to them on my headphones while walking around in public, I start to feel really, really cool – like I know something that no one else does.  This song has such groove.  Try it out.

Hearing Rep. Joe Wilson (R – SC) shout out “You lie!” at the President last night reminded me of a similar confrontation between Bob Dylan and a hostile audience at the Free Trade Hall in Manchester, England recorded on May 17, 1966.

Often mis-billed as the “Royal Albert Hall” Concert, the bootleg documents Dylan a week before his 25th birthday, enduring the tail-end of an ill-fated “World Tour.” Throughout Europe (and particularly in Britain) he had met with widespread distaste at his choice to tour with a full rock band (the Hawks here would later become The Band with the original and incomparable Levon Helm on drums. Sitting in here is Mickey Jones). Many fans who had deeply admired Dylan’s earlier folk music saw the electric set as crass if not an outright betrayal.  In a scene from Marty Scorcese’s excellent documentary “No Direction Home”

, a prying fan hounds Dylan, asking to inspect his left fingertips for callouses, somehow indicating that he’d been playing acoustic guitar rather than electric or, God forbid, the piano.  Dylan bristles, “Left fingertips? I wouldn’t even show you my right hand.”

Dylan caught the same flack from an American audience of folkies at the 1965 Newport Folk Festival after playing in front of the very loud Paul Butterfield Blues Band.  It seems fans thought they were owed something from Dylan and so anything apart from their expectations was angrily dismissed as selling out.

So in May 1966 when Dylan sat down at the piano with the Hawks behind him and rolled out a rock-n-wailing version of “Ballad of a Thin Man” the sold-out crowd chafed madly.  Amidst the intense between-song grumbling, someone (probably not Billy Bragg) shouted out “Judas!” and was met with loud cheering and clapping of agreement.  And Dylan, not a quarter century old, couldn’t comprehend it: “I don’t believe you…you’re a liar!”  His only advice for the set closer “Like a Rolling Stone” is “Play it fucking loud!”

There’s no specific analogy to the altercation at the joint session of congress last night.  They just both seemed like similar moments of intense anxiety: one in politics and one in art.

So Well Remembered
Blog at WordPress.com.