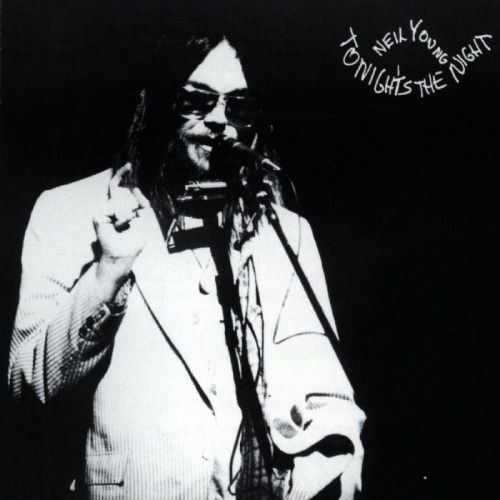 Glenn: There’s a spot on I-77 between Fancy Gap, Virginia, and Lambsburg, just north of the North Carolina border, where the road rises sharply to summit the Blue Ridge. The interstate clings to the hills and winds along steep edges and narrow passes for 10 miles. The air gets wet up there — fog seems to rise out of the rock — and if you are lucky enough to be heading south and riding shotgun you can look southeast from the hills, out over the flatlands of Carrol County, Virgina and Surry County, North Carolina. It’s farms and gas stations and exurb subdivisions — very few lights — but at night, just after dusk, from the height of I-77, the long stretch of dark land sometimes looks like Los Angeles, as viewed from Mulholland Drive. A sparsely populated L.A., an L.A. without smog or skyline, without superhighways. You’ll have to trust me here. Because even though the rural counties of the N.C. Piedmont are nothing like L.A., this stunning view kindles something in the collective memory to remind you of the L.A. you know from movies, from books, from hints, from mid-’70s rock albums maybe most of all. The sheen and glamor, the nightclubs and stubble, the cocaine, the hazy smoggy dawns and the never-night of streetlamps. The stars holed away in the hills. This is what I think of when I descend from I-77 headed south toward home.

Tonight’s the Night captures all that.

Tonight’s the Night, the central entry in Neil’s “Ditch” trilogy, is heartbroken and numb, a wake of a record for two ODs: Neil’s old guitarist and a roadie. But Tonight’s the Night also, like many great albums, captures a time and place — or seems to — with both specific lyric imagery and in a more mythic sense. The record sounds like what you’d imagine ’70s L.A. to sound like: dark, hungover, tired, with moments of brilliance (these are true professional musicians) and bum notes (these professional musicians are coked out of their minds).

This is all coming from someone who has never been to Los Angeles or to the 1970s, you’ll understand.

Jordy: Tonight’s the Night was recorded in the dog days of Summer 1973 after the brilliant (but ill-fated) Time Fades Away tour with the Stray Gators. Reprise Records rejected TtN at that time and didn’t release it until June 1975. In the meantime, Young wrote and recorded On the Beach. Of these three “Ditch” records, Tonight’s the Night is the most coherent in its nihilism. It’s sloppy as hell — very clearly rehearsed in shitty bars and recorded between the busted-out walls of some practice rooms at an instrument rental shop in Hollywood. The vocal harmonies are way off, the band is looser than most professionals would find acceptable, and Young bumps the mic a few too many times during harmonica solos.

But it’s a magnificent record. A deliberately bleak and shambling masterwork. I get tired of crusty rock fossils saying “We had so much fun making X album! It was a great time.” No one was having a good time during Tonight’s the Night, least of all Young himself. His friends were dying in their 20s, he was fucked up from fame, and he was probably doing a depressing amount of cocaine. That he could so deftly wield this pain and write these songs is a testament to his ability and vision, albeit blurred.

There is something special in each song here, but I’ll pick out “Albuquerque” as my representative track. It features Young’s signature guitar sound – fuzzy and percussive but restrained here. Ben Keith’s slide guitar conjures the openness of the landscape while Young’s vocal and harmonica overlays the loneliness. It’s a sad portrait of an isolated man who has no intention of coming in from the cold.

I could make the argument that Tonight’s the Night is my favorite Neil Young record because it’s his saddest and most distant — it’s outsider music. He didn’t seem to even expect anyone to understand it. In the original liner notes, he wrote of the album: “I’m sorry. You don’t know these people. This means nothing to you.” But it means something very important. It means that despite all of the horrible experiences and feelings in our lives, we are still capable of creating beauty.

Adam: I’ve been enjoying a Neil Young renaissance lately, so this post is rather timely for me. Allow me to explain: after playing the drums for many years, I picked up a guitar for the first time this past January. I had heard that the guitar playing on Young’s Live at Massey Hall 1971 was exceptional, so I started listening to it incessantly for inspiration. That led me to get my hands on Neil Young and Everybody Knows this is Nowhere, and now  my acquisition of Tonight’s the Night fills what was a gaping hole in my Neil Young collection. I’ve known several of the songs on the album for a long time, but never got around to actually buying it until we decided to do this post.

Anyway, on the Massey Hall album, Neil delivers a long spoken introduction to “The Needle and the Damage Done” that clearly illustrates how upsetting the trend of musicians using heroin was to him. The subject of that song was Danny Whitten, whose death precipitated the recording of this album. So the two pieces combined are a very interesting document of the effects of drug addiction.

In short, I don’t have a lot to say about this album because I’ve only had time to listen to it a handful of times. Is it my favorite Neil Young album? Probably not. I’d probably give that honor to After the Gold Rush or maybe even Everybody Knows this is Nowhere. But is Tonight’s The Night a great album? Most definitely.

Glenn: I don’t know about you fellows, but I’m having a hard time picking just one essential track. Maybe that’s because Tonight’s the Night is actually more stylistically diverse than I remember — it’s got scuzzy garage rockers, bluesy jams, folk hymns, and country rock. I’m going to go with “Speakin’ Out,” which might not be the best song on the record, but I think best represents the feeling of the album: groovy, strung-out, tired, trying desperately to have a good time despite the darkness. The guitar solo is pure exhilarating joy but the rest of the tune is deeply lonely.

Jordy: I’ll second your “Speakin’ Out” choice, Glenn, if only for that Nils Lofgren guitar solo. That kid could rock. He played piano on After the Goldrush when he was 17. Anyway…

In his biography, Neil Young is quoted as saying fairly early in his career that he wanted his sound to be somewhere between Bob Dylan (obviously) and the Rolling Stones. The Dylan influence is pretty clear throughout most of his work. But the Stones didn’t really appear in NY’s music until Tonight’s the Night. Apart from the very clear admission of “Borrowed Tune,” the grand, wasted majesty of Sticky Fingers (1971) and Exile on Main St. (1972) was playing heavily on TtN. Yet Young went deeper and darker than the Stones, leaving out almost all revelry (save maybe “Come On Baby Let’s Go Downtown,” recorded years earlier). Jagger and Richards, despite their alleged heroic excesses, have always been professionals committed to producing tight records. Only Young and his motley, unnamed band dared to record the disjointed ramblings that resulted from their excesses. Thank God it turned out.

“Tonight’s the Night – Part One”
“Speakin’ Out”
“Borrowed Tune”
“Albuquerque“